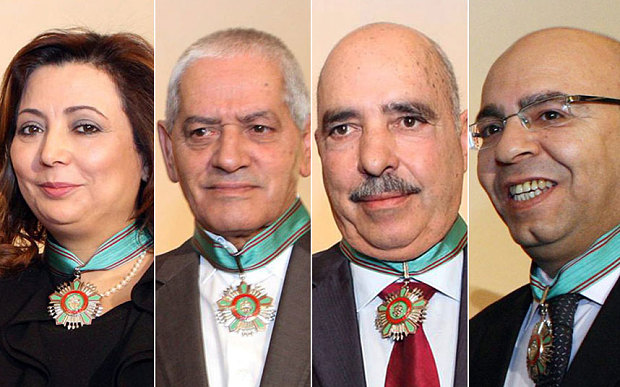 On October 9, 2015 the Nobel Peace Prize for 2015 was awarded to the Tunisian National Dialogue Quartet for its contribution to the building of democracy after the Tunisian Revolution. The Tunisian Revolution, sometimes referred to as the Jasmine Revolution, began in December 2010 and was an early spark in the ‘Arab Spring,’ a call for reforms, including improved governance, in a number of North African and Southwest Asian countries. The Quartet beat out Pope Francis, Germany’s Chancellor Angela Merkel and 270 other candidates that were also being considered for the prestigious award.

The Quartet was formed in 2013 when there was widespread social unrest in the wake of the assassination of the leftist politician Mohamed Al-Brahmi. When the country was on the verge of a civil war the Quartet established a peaceful political process and was instrumental in enabling the establishment of a constitutional system of government that guaranteed fundamental rights for all. The National Dialogue Quartet consists of four key organizations: the Tunisian General Labour Union (UGTT, Union Générale Tunisienne du Travail), the Tunisian Confederation of Industry, Trade and Handicrafts (UTICA, Union Tunisienne de l’Industrie, du Commerce et de l’Artisanat), the Tunisian Human Rights League (LTDH, La Ligue Tunisienne pour la Défense des Droits de l’Homme), and the Tunisian Order of Lawyers (Ordre National des Avocats de Tunisie). The Nobel Peace Prize was awarded to the Quartet as a collective, not the individual organizations it comprises.

Tunisia, unlike many other countries that have had similar revolutions, has had a democratic transition based on a vibrant civil society, which has included demands for basic human rights to be respected. An essential factor that enabled the Tunisian Revolution to result in peaceful, democratic elections for Parliament and the Presidency in October and November 2014 respectively was the effort by the Quartet to create a broad-based dialogue among the country’s citizens, political parties, and authorities that countered the spread of violence.

From 1987 to 2011, Tunisians experienced the authoritarian regime of Zine El Abidine Ben Ali. Ben Ali was born in 1936 into a family of modest means. After completing his education in the USA and France, he rose through the ranks in Tunisia, serving as ambassador to Poland in the early 1980s. Ben Ali became Prime Minister shortly before ousting Tunisia’s first post-independence ruler, Habib Bourguiba, in a bloodless coup. Bourguiba had served as president from 1957 until his overthrow in 1987. As president, Ben Ali brought a measure of economic prosperity and stability to Tunisia, but was criticized for suppressing political freedoms.

Months of widespread street protests by Islamist and secular political movements led to Ben Ali stepping down from the presidency and leaving the country with his family in January 2011. The transition from Ben Ali’s government to an interim one to multi-party elections within a few years suggests that civil society organizations and institutions can play an important role in a country’s democratization.

Although Tunisia continues to face significant political, economic, and security challenges the events there in recent years are widely viewed as a success story. The Norwegian Nobel Committee intends for the 2015 Nobel Peace Prize to serve as an inspiration to all those who seek to promote peace and democracy. News of the award has been proudly received by most Tunisians who view the international recognition as encouragement for all they have achieved, despite major challenges.